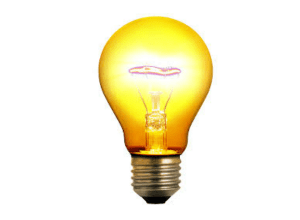 The invention and first usage of lamp can be dated back to 70,000 BC. At that time, there was no metal or bronze to make lamps instead the then civilization used hollow rocks and shells. These hollow rocks were filled with moss and other natural substances and then soaked in animal fat.

Animal fat acted as oil and this is how the first lamps were ignited.
With the advent of pottery, and the bronze and copper age, humans started to make lamps that imitated other natural shapes. Wicks came into existence much later and were used for controlling the flame or the rate of burning. In the 7th century BC, Greeks started using terra cotta lamps, which replaced the handheld torches. The word lamp has been derived from the Greek word lampas, which means torch.

Lamps and the Design Change:

There was a major change in the design of lamps in the 18th century, when the central burner was invented. With the invention of the burner, a separate fuel source was made from metal. Another small change made was the addition of a metal tube that could be adjusted to control the intensity of the flame or light.
This was an important discovery in terms of lighting because with adjustment, we humans were able to diminish the lighting or make it bright as required. Another aspect was added to the new lamp, which was in the form of small glass chimneys. The role of the glass chimney was to protect the flame as well as control the air flow.
Swiss chemist Ami Argand used the hollow circular wick in an oil lamp for the very first time in 1783.

Different kinds of fuels have been used for lighting a lamp between 70,000 BC and now. Most of the early forms of fuel were beeswax, olive oil, animal fat, fish oil, sesame oil, whale oil, nut oil etc. These were also among the most commonly used forms of fuel for lighting a lamp till the late 18th century.
Around 1859, the first drilling process was initiated to find petroleum and with the advent of kerosene (Paraffin), which is a derivative of petroleum, lamp became more popular and usage increased. Kerosene enabled lighting was first introduced in Germany in 1853.
During the same time two other products were used for lamp lighting purposes and they were natural gas and coal. The first use of coal gas lamps was in 1784.

Lamps have actually come a long way from usage of coal gas to electricity. In 1801, Sir Humphrey Davy of England invented the electric carbon arc lamp, which was the first of its kind. The working principle for this lamp was simple and included hooking of two carbon rods to an electrical source.
The carbon rods were kept at a distance from each other so that electrical current could flow through the arc and thus vaporize carbon to create white lighting. Around 1857, A.E. Becquerel of France came out with the theory of fluorescent lighting in lamps. In the 1870′s, the unthinkable happened with Thomas Edison inventing the first electric incandescent lamp. Since then incandescent lamps were used for lighting purposes in homes till about the early 20th century.
In 1901, Peter Cooper Hewitt patented his new invention, the mercury vapor lamp. This was another type of arc lamp that enhanced lighting using mercury vapors, which were enclosed in a glass bulb. The Mercury vapor lamps set the prototype for fluorescent lighting lamps.
The Neon lamp was invented by Georges Claude of France in 1911 followed by Irving Langmuir, an American who invented the electric gas-filled incandescent lamp in 1915. In 1927, Hans Spanner, Friedrich Meyer, and Edmund Germer patented the first fluorescent lamp. The fluorescent lamps provided better lighting as compared to the mercury vapor lamps because they were coated from inside with beryllium.
Since then we have been using different form of lighting in lamps, which includes Mercury vapors, incandescent lamps and even today, in some corners of the earth people still use the old wick and oil lamp for lighting their homes.